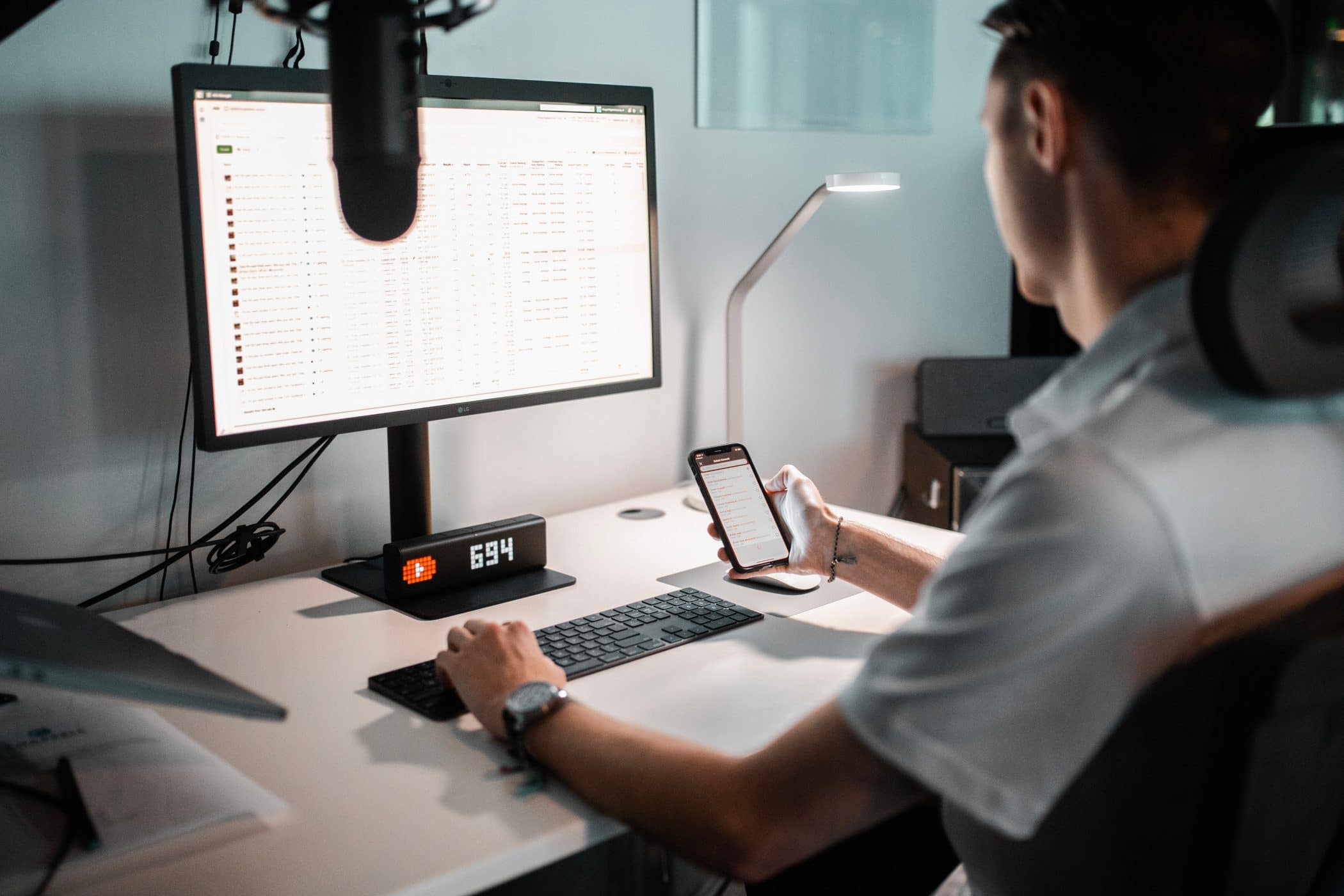 By Paul HammSeptember 29, 2022No Comments

Is YouTube dying? Well, it’s a bit of a loaded question, and if we look at the numbers, it’s clear that the current king of video content still reigns strong. YouTube still boasts over two billion monthly logged-in users and a daily watch rate of over a billion hours (seriously, each day). It’s digital realm canvasses over 100 countries around the world and can be accessed in 80 different languages.

But is such a massive reach (and a massive library of content) actually a good thing? There’s a reason many creators complain about their videos getting buried in a confusing, and at times nonsensical, algorithm. If you’re wondering what’s keeping your videos off the trending page (or how to explain the YouTube demonetization of your content for no reason), then this deep dive into the current state of online video content will help you answer the question of whether YouTube is changing and/or dying—and what you can do about it.

Rewind to the year 2005 when three PayPal employees had an idea for an online dating service (sound familiar, Facebook?). The original title of “Tune In, Hook Up” didn’t make it off the ground, but what they did create was an exceptional platform for user-uploaded video content. But it wasn’t until a particularly memorable Super Bowl halftime performance (we’ll let you guess which one) that the three YouTube creators realized what was missing.

As they looked for videos of the halftime show online, they realized they couldn’t find anything. Out of this, the idea of a one-stop shop for all things video was born and YouTube had its start. By democratizing video uploading, YouTube made it possible for non-computer experts to to use their simple, easy-to-use interface to publish, upload, and view streaming videos through a typical web browser with modern internet speed.

By May of 2005, YouTube was trafficking about 30,000 users per day (you can check out the very first YouTube video here), which is roughly how many users they get every half a second today. It didn’t take long for that growth to take off. By 2006, YouTube had more than 25 million videos uploaded and was generating around 20,000 uploads a day—numbers that led to an eventual $1.65 billion buyout by Google.

Putting Money in the Pockets of Creators

In the early days, making money from YouTube was limited to celebrities like Paris Hilton. But it didn’t take long for YouTube to create metrics that allowed any creator to profit off of ads shown before their videos. In 2007, YouTube allowed channels with 1000 subscribers and 4000 public watch hours within the past year to run ads on their videos and earn money doing so. The ability to monetize content allowed many creators to turn their hobbies into a full-time career.

Fast-forward to today and 75% of children have marked “YouTuber” as their most desired career choice. And sure, YouTuber’s are regularly recognized for making six and seven figure salaries, but are those actually just outliers? Or is it really that easy to make money on YouTube?

Looking at the rapid growth of YouTube in its first years and hearing success stories like Jenna Marbles in 2011, Logan Paul making millions in more recent years, and Issae Rae turning a YouTube series into an HBO show, and you’d think that YouTube is a paradise waiting for brilliant creators to make boatloads of cash. But behind the scenes, things were changing…

By 2008, YouTube faced serious competition from Netflix, Hulu, and Amazon and thus, the streaming wars had begun. In an effort to increase the amount of time viewers would spend on their site, YouTube changed their algorithm to favor videos with longer watch times instead of those with higher view counts. Remember the glory days of David After Dentist and Charlie Bit My Finger? Instead of short videos, creators now had to work to make content longer than 10 minutes in order to appease the algorithm monster.

Today, the algorithm is more robust and more developed, but at the same time, it’s grown harder and harder to please. Many creators complain that changes to the algorithm have caused them to see drastic drops in viewership (some claiming that what used to be 30% of traffic coming from YouTube’s suggested feed had dropped to 1%). As far as YouTube is concerned, these drops in viewership have nothing to do with the algorithm.

You can choose whichever side of that argument you want, but the truth of the matter is that in creating a platform where anyone can upload anything at any time, YouTube created a platform where they have to balance putting the right ads on the right videos, all while keeping sensitive and inappropriate content off the site and keeping creators of great original content happy. Combine that with a slew of creators who are monetarily rewarded for making lengthy, clickable content (for better or for worse), and you can see that the modern state of YouTube isn’t what it once was, or what it could be.

Many of YouTube’s creators resonate with the sentiments of Carrie Crista, a YouTube creator who shared with PR Week that: “YouTube seems to have forgotten who made the platform what it is.” She continued by saying that as they work to compete with Netflix, Hulu, and Amazon, YouTube is “pushing content creators away instead of inviting them to a social platform that encourages them to be creative in a way that other platforms can’t.”

YouTube’s algorithm has chosen to favor the creators who have the time and money to churn out long-form content. Gone are the days where the small, independent creators can have their videos appear in YouTube’s suggested feed with a chance for others to discover them. Which begs the question: is YouTube dying, and if YouTube’s demonetization policies continue to hurt creators, where will they turn next?

Tired of fighting crazy algorithm’s to get your content seen?

Now you don’t have to.

If you’re a content creator looking for a new place to host your videos, there are several platforms poised to dethrone YouTube. You can hope that YouTube’s policies change and that their algorithm shifts back to what it once was, or you can discover additional content streaming platforms like Endavo’s digital network.

With our custom OTT platform, you get to monetize exactly how you want, stream through multiple platforms, and syndicate across channels (yes, including YouTube). You can automate your distribution across your own apps, OTT platforms, and social networks from a single management system.

Endavo is designed with a creator-first mindset. This is a platform where you can discover the process and streaming tools you need to build, monetize, and grow your platform. You make the content, you publish it, you gather the viewers (we can help!), and then you make money however you want — it’s that simple.

Gone are the days where you upload a video to YouTube and cross your fingers in hopes that the algorithm will give you something good. Now, you can control the content—the way it’s created, presented, and received. Now, you can have not just the streaming tools needed to upload content but also the revenue model designed to make you succeed.

YouTube is dying. Switch over to a platform that’s built for you. Make great content and make money doing it. Endavo can show you how.

Get started for free